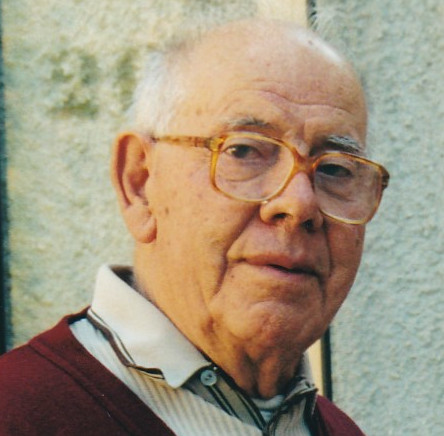 In memory of my father

This article is about memory of Giuseppe, my father, who passed away today, the 17th of June 2020.

Have you ever thought about what is the role of our memories? About their importance?

There are people, much more qualified than me, who say: we are our memories.

I could feel the depth of this statement in the latter years, observing the slow and inexorable changes in the behavior of my father, who suffered from Alzheimer's disease in old age.

Still, he kept talking to you about the mythical Bosco, a piece of land bought eighty years earlier by his father and kept as wood. Or he kept talking about what had happened to his family during the fascist twenty years.

Fragmentary memories, exposed with difficulty, yet present despite his illness.

And in this moment of pain, I think about the fact that I am unable to swear on the presence of a metaphysical life after our death: you can have faith, but you cannot be certain.

But I am able to swear on the presence of a type of survival to the our death. And this survival is represented by the memories we leave behind us, to the people who cross our existence: we will be their memories.

... when I was a child, he used to tell me about his life as a street urchin at Mercato San Severino, in south of Italy.

A bad boy who spent his time skipping school, hoeing the earth with his mother, selling firecrackers for a few pennies to boys most wealthy who could afford to pay for them. And when his younger brother, Antonio, asked him to detonate one, he replied: "Now we sell it. See: the buyer will detonate it immediately and we are going to hear the bang ...".

... when, I was a little older, he told me how he had been raked by the Germans. And he had managed to escape by jumping from the truck that he brought it to Germany thanks to a girl who attempted to sell fruit to the guards when the convoy stopped. The gards were distracted, and he took advantage of it to flee the fields. They shot him with machine guns, but they missed him.

In the months that followed, until the arrival of the Americans, he lived at the scrub, wandering around the village abandoned by the population, guarding his parents' house armed with carbine abandoned by some Italian soldier, who fled after the armistice, on the 8th of September.

Of the other boys rounded up with him, no one returned.

... when I was in high school I ran into his political views. I was with labour party and he with the conservator party. And after a fight more alight than usual, he told me how, at my age, he had a bad fight with his father.

The war, the second world war, had just ended. They were starving. And he wanted to join the Police. But his father didn't agree: every son was a precious resource to cultivate the land.

So one night he greeted his mother and, without a penny, escaped to Rome to enlist. At that time the Pubblica Sicurezza (today: Polizia di Stato, that is State Police) was heavely looking for recruits. So the the employees didn't ask many questions. It was enough to be uncensored. And they didn't even check the date of birth: a few more or less months made no difference. Destination? Obviously the Reparti Celere, today: Reparti Mobili della Polizia di Stato, the department that controls the street demonstrations.

And here he is, a new recruit, doing service during the flames mass demonstrations of that period. To be quickly promoted lance corporal and sent to do the paratrooper course at Folgore. You will say: how are paratroopers involved? They aren't. So as it was not of mean the next course: assigned to mortars. But orders are orders.

Strengthened by its patents, here he is sent to Calabria to patrol Aspromonte. It's a bit like scouts: go out for two weeks and live camped in the woods. Except that the camp here is military, complete with a powder magazine. And instead of climbing a mountain to hear a compliment, you go around trying to catch the local gangsters, who know every single ravine of those woods.

A few years. He does all the contests he can to increase his rank. And he starts a path that in his intentions was to bring him back, now married, to his native land: first from Ancona to Osimo, then Rome.

But the first two children grow up: in Rome they begin to attend elementary school. My mother convinces him to stop asking for the approach to Naples: if there is one thing that my father never discussed was the possibility his sons to study.

Yes. Him, that was constantly skipping the school. And who graduated, with enormous effort, during the service in the Police, because otherwise he could not have competitions for a non-commissioned officer. When it came times to think about the curriculum studies of his children he became uncompromising. I remember when in middle school teacher Ricci, who taught me mathematics, told him that I was not so capable; he replied: "My children will all graduate".

And here we are: his four children. Three graduates. And one, Massimo, who gave all exams at Architecture University, and then he didn't graduate because he decided to enlist in the Fire Brigade. I'm sure my father didn't escape the subtle irony of life, which reproached him for his behavior as a young man.

... when I way still a boy, he taught me to disassemble and reassemble the gun. And above all he taught me to manage it: "Before to touch the cocking slide, have you removed the ammunition tank? Have you checked if there is a shot in the barrel?"

And I thought: "But what shot in the barrel? When there is around the gun, there is not even the shadow of ammunition. He showed me once how it is made a shot, to be able to recognize it. And on that occasion, no gun".

Strange this non-commissioned police officer. He goes to work without being armed. If you see him going out with the gun, there can be only two reasons. Or he must do the mandatory shooting cycle in the shooting range, or he had an explicit order by a superior because he must participate in a dangerous operation.

And when you ask him if you can try to shoot, he inevitably replies: "When you do military service. Firearms are not toys. You must know them. But you also need to know that they are tools for killing. If you don't have to kill, don't touch them".

... his pride when I graduated in Engineering. And the silence, after graduation, the evening before my departure for military service.

My mother who taught me to mend and attach buttons, speaking in continuation to avoid to cry.

My grandmother, who had taken away the two younger brothers.

And my father silently waiting for his turn to teach me how to tie my tie. He must have said less then ten words.

But even now, in my sixties, I can tie my tie as he taught me.

Hi father, a greeting with affection from Luciano and all your sons